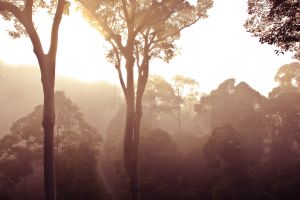 A story about a condom factory opening in the middle of Brazil’s Amazon rainforest? More childish minds would expect Greenbang to make smutty double entendres about Brazil nuts, magnificent erections, deep penetration or protecting wood, but Greenbang is better than that. Greenbang isn’t Benny Hill, after all.

Greenbang will treat the story in a more adult fashion, like the The Guardian has, who reports that the Brazilian government is investing £10 million in building a condom factory in the middle of the Amazon rainforest to combat its destruction. The factory in the remote town of Xaipuri, in the state of Acre, will manufacture 100 million condoms a year from latex extracted from the forest.

The Brazilian government has launched the initiative to help 500 local families make a sustainable living from the Amazon rainforest, who would otherwise make ends meet by chainsawing it down. The Brazilian Ministry of Health reckons they’ll together trouser £657,000 a year.

As well as preserving the Amazonian ecosystem, the initiative will cut out the ‘johnny miles’ created by the Brazilian’s dependence on Asia to supply the 120 millions condoms that the government distributes every year to prevent the spread of Aids.