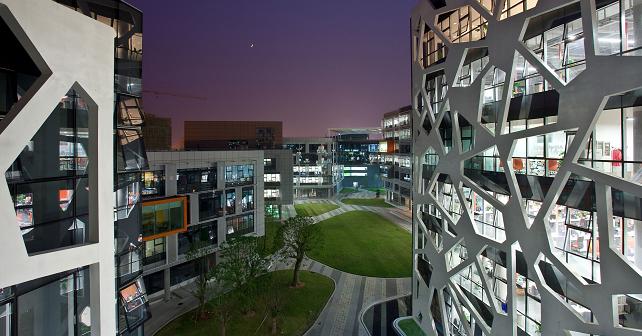 smart cities38
The Chinese internet giant Alibaba Group has a nearly one-billion-dollar vision to transform part of the island of Hainan into an “intelligent city.” The...

The Chinese internet giant Alibaba Group has a nearly one-billion-dollar vision to transform part of the island of Hainan into an “intelligent city.”

The company subsidiary Alibaba Cloud Computing last week signed a deal with the Hainan International Tourism Island Pilot Zone that will see some 5 billion renminbi ($815 million) invested into a district in Hainan, which is being developed as an international tourist destination.

Under the agreement, Alibaba will provide the local government, residents and tourists with cloud computing and big-data services. It also plans to build e-government and urban management platforms and develop online payment services for residents, consumers and businesses.

“Consumption patterns are changing, lifestyles are changing and business infrastructure is changing,” said Jack Ma, executive chairman of Alibaba Group. “In five years, we anticipate that the human era will move from the information technology era to the data technology era.”

Under the Hainan plan, Alibaba Group also plans to move the headquarters of its digital entertainment/gaming business to Hainan’s pilot zone and open a branch of its Taobao University in the area.

Founded in 1999, the Alibaba Group operates the business-to-business portal Alibaba.com, the consumer-to-consumer portal Taobao and other internet properties. It reported revenues of over $4 billion in 2012.