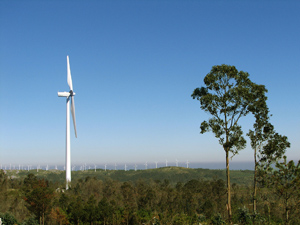 How do you follow up a massive success? If you’re the Crazy World of Arthur Brown, the simple answer is you don’t: you make Fire and then you go back and sit around for a bit, not bothering the top 40.

Eddie O’Connor, the brains behind Airtricity – the wind energy business which sold its US arm to E.ON for $1.4bn and the rest to Scottish and Southern Energy for £1.1bn – is no Crazy World of Arthur Brown.

He’s planning to follow up Airtricity with another renewables business, unambiguously called Mainstream Renewable Energy. He’s put €30 million of his own cash into it and he’s now seeking an extra €200 million in funding by September to help with expansion.

Mainstream Renewable Power will build and operate wind energy, solar thermal and ocean current plants and will achieve this by partnering with governments, utility companies, developers and investors in both established and emerging markets.

Since its inception in February 2008, Mainstream Renewable Power has achieved the following objectives: