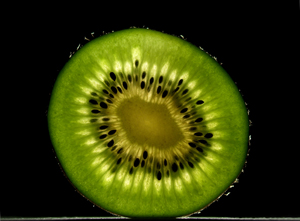 It seems Greenbang is not the only one oddly obsessed with the potential of algae. After yesterday’s revelation that KLM is hoping to fly its planes on the pond muck in the future, now Air New Zealand is next on the list to eye up algae.

Air NZ deputy chief executive Norm Thompson told News Limited that the airline wants to test out biofuels and algae is on its list.

“The fuel that we are looking at the moment is one of a couple of biofuels … The other one which we think has probably got some potential going forward is from algae,” News quotes Thompson as saying.

But no algae fuel for the moment for the Kiwis. The current biofuels interest for Air NZ lies with jatropha, which it hopes to test next year. If all goes well, Air NZ hopes to get at least part of its fleet onto biofuels before the end of the year.

Another lovely quote from the forthright Mr Thompson:

“Believe you me, this is happening quicker than we had planned. It is really advancing quite quickly and the way Jet A-1 [airline fuel] is priced at the moment, at US$172, it gives a hell of a lot of people a hell of a lot of encouragement to get on and make it happen bloody quickly.”