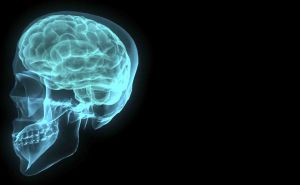 Never mind political differences, the rich-vs-poor divide or the all-out assault by global warming deniers. Our failure to take meaningful action so far on climate change or fossil fuel addiction might all come down to this: the human tendency to choose the status quo over change.

Researchers in the UK published a study this week that shows insights into how the brain behaves when people asked to make a judgment are given two options: stick with a default response (ie, do nothing) or take action to indicate a different response. Their finding: the more difficult the decision, the more likely it was that subjects would stick to the status quo.

“This suboptimal choice behaviour implies that the status quo bias may disconnect people’s preferences from their subsequent choices,” write University College London researchers Stephen M. Fleming, Raymond J. Dolan and Charlotte L. Thomas, who is also on the faculty of medicine and dentistry at the University of Bristol. They add such a bias explains why “employees often accept a company’s default retirement plan even if it leads to poorer investments” and why “consumers become impassive in the face of overwhelming choice.”

Considering the difficulty of reaching a global decision on fighting climate change effectively, is it any wonder that we’re still pretty much stuck with the status quo?

The tendency to “go with the flow” might also help explain why a new Gallup poll finds people in the US are not only less worried about environmental issues than they were last year, but are the least worried about most of them in any time since the poll first began 20 years ago. With more than ever to worry about — from climate change, peak oil and resource depletion to unemployment, failed markets and shifting economic powers — it seems we become increasingly likely to stick our fingers in our ears and go, “La, la, la, I can’t hear you.”