A rant on green goods… 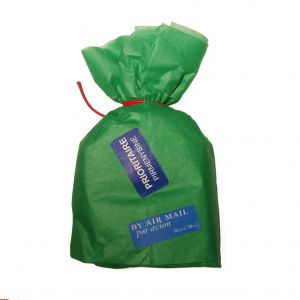 One of the interesting things Greenbang has noticed is how many firms are starting to sell eco goods.

The problem the Earth has with us, as humans, is we’re consuming too many reources at a rate the planet cannot cope with. So you’d think that there’d be a bigger drive to help people reuse and recyle goods. And that would reflect in the sale of things…
But no. Instead, there’s an array of ‘green’ items you can buy that have been designed with one lifespan in mind. There’s no thought into how that product will be used in its next life, or what it could turn into.

You do see a few biodegradable stickers around, but how many tables do you see sold with labels, such as, “Suitable for recycling into plates and panelling?”, for example?

It’s largely an afterthought, as is offsetting carbon.

There are no eco angels out there today. Perhaps you could argue that tribal life in a forest is the closest you’ll get to that. But how many people would volunteer for that lifestyle now they know such luxuries as TV, rice pudding and iPods?

Greenbang knows his mum wouldn’t. And if she wouldn’t, there’s a lot of other mums who’d be in the same boat.

So, Greenbang is pinning his hopes on designers and innovators to make better use of resources and incorporate more lifecycles into products. (Be quick about it boys and girls.) Hence the reason he’s blogging about it every day.

In the mean time, Greenbang will write about the green products that are launching. Even if they’re not as good as they could be, at least it’s a step in the right direction.