A clean energy future? The devil is in the details 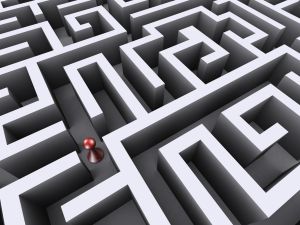 Who, besides maybe the oil and coal companies and their stockholders, wouldn’t want to move away from fossil fuels and build a future based on clean, renewable energy sources?

After all, consider all the potential benefits (as this brilliant cartoon makes clear): less reliance on dangerous or unstable oil-producing countries, cleaner air and water, better health, improved sustainability, etc. Clearly, green and renewable energy is the way to go.

Ah, but as always, the devil is in the details.

Consider, for example, this recently published study (PDF) by researchers at the Massachusetts Institute of Technology, which finds that large-scale, land-based wind farms could actually aggravate global warming.

“Using wind turbines to meet 10 per cent or more of global energy demand in 2100, could cause surface warming exceeding 1 degree C over land installations,” write authors Chien Wang and Ron Prinn. Large offshore wind farms, on the other hand, could lower surface temperatures, they add, and both types of installations could affect rainfall and cloud patterns.

While Prinn says the finding shouldn’t be used to make a case against wind power, he believes the issue does warrant further study.

The research results, though, do point to something that’s often not made clear in discussions about making the transition to a renewable energy future … and that’s that energy technology, no matter what kind, doesn’t exist in a vacuum. Whether you’re talking about a mountaintop-removing coal operation or a project to cover the desert with solar-thermal plants, every energy choice we make will have a host of impacts: on local spending and taxes, on jobs and local economies, on quality of life, on the environment.

Recognising that is a good first step toward ensuring we make the best possible decisions for our energy future, which is why it’s encouraging to see that the US National Renewable Energy Laboratory (NREL) has just launched a new global initiative, the Joint Institute for Strategic Energy Analysis.

The institute aims to “examine areas where aspirations bump up against pragmatic realities,” according to NREL.

“The institute will try to answer questions to enable a transition at significant speed and scale to achieve sustainability and avoid unintended impacts,” said Doug Arent, senior scientist at NREL and executive director for the new agency. “That question goes very much beyond technology. It involves the market structure, law, natural resource use, the impact on local and regional environments, and impacts on local economies and jobs.”

Efforts like this are crucial if we’re to avoid ongoing disputes between well-intentioned people and organisations who both want clean energy but disagree over which ones to use. (Yes, we’re including you, George Monbiot and Jeremy Leggett.) Here’s hoping it works as planned, without all those tricky little unintended consequences that always seem to arise whenever we undertake something new.