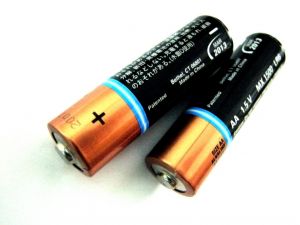 It’s an election year in the US, just in case someone’s been under a rock. And as such the Republican candidate, John McCain is making pledges to help him into the White House. And he’s come up with a good one – $300 million (£152m) for a battery 30 per cent more efficient than current hybrid or electric vehicles can muster.

This is the latest of the energy related announcements made by McCain and his rival, Barack Obama, in the run up to the election. As reported by Andrew Ward in the FT, Sunday saw ‘Mr Obama vow to strengthen government oversight of energy traders to clamp down on the speculation that he said was contributing to record oil prices. He promised to close a loophole that has let some energy traders operate outside federal regulations since rules were loosened in 2000, allegedly at the behest of lobbyists for Enron, the bankrupt energy company.’

Greenbang is still deciding which will make the strongest president. She possibly is a little bit skeptical about both candidates but at least it won’t be Bush. Or Huckabee who stated: “My plan to secure the borders? Two words. Chuck Norris.”