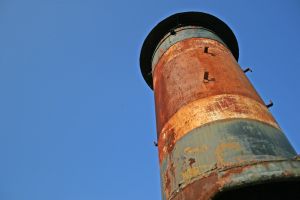 Judging by the latest report from the World Economic Forum, it sounds as if the world’s infrastructure — highways, water systems, power grids, etc. — are being held together with chewing gum and baling wire.

The report, “Positive Infrastructure: A Framework for Revitalising the Global Economy,” finds there’s a worldwide spending shortfall of $2 trillion a year over the next 20 years between what’s planned and what’s needed to bring our infrastructure into 21st century repair.

“In almost all parts of the world the need for new infrastructure assets or the need to modernise obsolescent assets are stark,” the report states. “Fiscal stimuli programmes around the world structured in response to the financial and economic crisis of 2008-2009 provide an unprecedented opportunity to address this infrastructure deficit.”

According to the report’s authors, the following are included in their definition of infrastructure:

So what’s the solution to upgrading all these systems? The report’s authors see the greatest potential for success in a new kind of public-private partnership. Rather than relying on the private sector to fill in gaps not covered by the public sector, this approach involves bringing the two together from the start of infrastructure projects so both can work together for the full life-cycle of each programme.

The authors also make a critical distinction between the infrastructure improvement needs of developing and developed nations. Developing countries, they note, need to focus on increasing the capacity of their systems. Developed nations, on the other hand, have to find ways to optimise the use of their existing infrastructure through, for example, congestion pricing on crowded roadways.

While it summarises infrastructure needs on a global basis, the World Economic Forum report focuses on just four regions: Latin America, China, North America and India. The organisation plans to further study the specific needs of other countries such as Australia later this year.