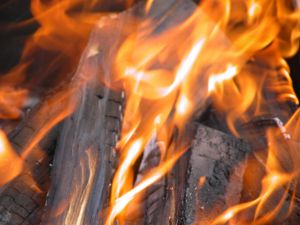 You learn something new every day.

“According to the World Health Organisation, IAP claims the lives of 1.5 million people a year worldwide, or one person every 20 seconds. Women and children make up the vast majority of these deaths due to their increased exposure in the home.”

The Shell Foundation and US environmental nonprofit body Envirofit International are teaming up to reduce this number.

They’re investing $25m in work to cut this.

Apparently more than three billion people, or almost half the world’s population, cook in their homes using traditional fire and stoves, burning biomass fuels like wood, dung and crop waste. Day in and out families breathe in lethal fumes from these cooking fires.

“This new partnership is part of the Foundation’s mission to see 10 million clean-burning stoves sold in five countries over the next five years. The Foundation is providing Envirofit with investment and organisational support to form an independent global entity. In turn, Envirofit International, working with their technology partner Colorado State University’s Engines and Energy Conversion Laboratory, will design, develop, market and distribute clean cookstoves that are engineered to emit significantly less toxic emissions and use less fuel.”