2009 in review: Top clean energy headlines of the year 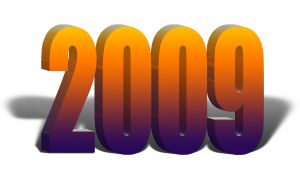 Many of the top clean-energy developments of 2009 were propelled by a new president in the US White House and growing awareness of the threats of climate change and peak oil.

So what were the year’s highlights? Let’s take a look:

The US Environmental Protection Agency (EPA) announced in December that greenhouse gases (GHGs) threaten the public health and welfare of the nation’s citizens. The finding was significant, as it makes it possible for the Obama administration to begin regulating GHGs even if the Congress doesn’t approve a climate bill.

While private sector investment continued to shrivel, thanks to the struggling economy, government investment stepped in to take up some of the slack in 2009. Sustainable energy investments made up a core part of key government fiscal stimulus packages announced during the year, accounting for an estimated $183 billion of commitments to date. The UK’s 2009 budget, for example, included £1 billion to combat climate change through support for low-carbon industries and green-collar jobs; a £750 million Strategic Investment Fund to support emerging technologies and regionally important sectors; £435 million of extra support to deliver energy efficiency measures to homes, businesses and public buildings; £525 million of new financial support over the next two years for offshore wind energy development; and £405 million of new funding to promote low-carbon energy and advanced green manufacturing in Britain.

The plan to cover North Africa with solar panels now has a company with a name to back it up: DII GmbH. Announced earlier in 2009, the Desertec initiative is a joint venture of ABB, Abengoa Solar, Cevital, the Desertec Foundation, Deutsche Bank, E.ON, HSH Nordbank, MAN Solar Millennium, Munich Re, M+W Zander, RWE, Schott Solar and Siemens. The project’s long-term goal is to satisfy a substantial part of the energy needs of host countries in the Middle East and North Africa (MENA), as well as to meet up to 15 per cent of Europe’s electricity demand by 2050.

After making great noise about investing in renewables, the world’s top fossil-fuel companies reneged on their earlier commitments in 2009. Royal Dutch Shell, for example, announced it would pull the plug on its renewable energy investments to focus on its core strengths of oil and gas, according to Reuters. BP and other oil firms demonstrated similar disinterest in green spending.

The concept of capturing carbon dioxide emissions and keeping them in storage, rather than allowing them to enter the atmosphere, generated increased interest and attention in 2009, with utility companies, governments and academia all getting into the act.

Late in the year, California became the first state in the US to adopt comprehensive regulations to reduce greenhouse gases from commercial and industrial refrigeration systems. The rule will reduce greenhouse gas emissions of 8.1 million metric tons of CO2-equivalent in 2020. That’s about equal to the impact of removing some 1.4 million cars from the road for a year.

Smart technology initiatives appeared to be everywhere in 2009, from IBM’s ongoing smart-city projects in various corners of the globe to the UK’s announcement this month that it plans to have every home in Britain equipped with a smart meter for tracking electricity use by 2020.

The Copenhagen summit on climate change, which wrapped up earlier this month, left many activists upset with the outcome: an accord with no binding emissions reductions commitments, although with a pledge to limit global warming to 2 degrees C, provide $10 billion a year to developing countries for three years starting in 2010 and invest $100 billion a year by 2020 to help developing nations adapt.