Greenbang has covered a variety of green building innovations over the past year, so we thought we’d highlight some of the top ones in photos: 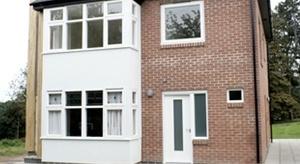 Why would the University of Nottingham build a house meeting 1930s specifications in 2008? So it can use it as a guinea pig for a zero-carbon renovation experiment, the results of which will be relevant to millions of householders across the UK.

The house this year began to undergo the first of three planned energy-efficiency upgrades ultimately aimed at helping it meet the Government’s 2016 zero-CO2 targets for all new housing. The university will improve the house with cavity wall insulation, loft insulation, draft-proofing, double-glazing and other upgrades. 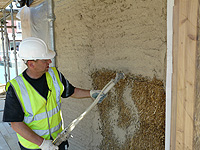 A “BaleHaus” made of prefabricated straw bales and hemp cladding panels went up this year on the campus of the University of Bath, and people around the world were able to watch the construction progress online via “Strawcam.” Researchers at the university are putting up the structure to test whether such materials could yield the buildings of the future.

One architect has a vision for how New Orleans could sustain another catastrophic levee failure in the post-Katrina era: build houses that are designed to float upward securely as water levels rise. In fact, construction of the first so-called FLOAT House was completed this year in the city’s Lower Ninth Ward, an area devastated by flooding after the levees failed following Hurricane Katrina’s landfall in 2005. 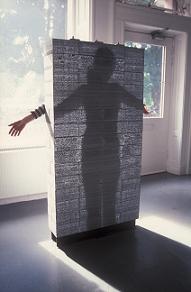 Invented by Hungarian architect Áron Losonczi in 2001, Litracon™ is a building material that combines optical fibres with fine concrete to produce see-through solid blocks. While concrete alone is usually not very green, a light-transmitting version could conceivably be used to reduce indoor lighting costs while eliminating window-based heat loss.

Launched this May in New York City, the Waterpod could find some interested customers in London, Amsterdam, Venice and other waterside cities as climate change global sea levels to rise. Designed by a team of New York artists, the Waterpod is a “floating sculptural living structure designed as a new habitat for the global warming epoch,” according to its designers. Built atop an industrial barge, the “sustainable, navigable living space” features three domes for its inhabitants: one for artistic pursuits and performances, one for hydroponic and vertical agriculture, and a third for living and sleeping areas. Energy to power the Waterpod will come from a hybrid solar/wind system.