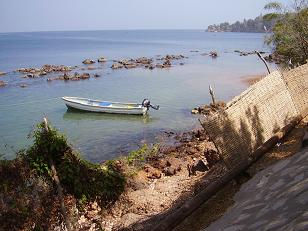 Residents on the coast of Dakar, the capital city of Senegal, are taking steps to prevent trash-dumping, sandmining and the chopping down of the coast’s trees to reduce the erosion of the coast line. The destructive activities are illegal, but profitable and are damaging marine environment, Allafrica say.

“There is increased exploitation along this strip that must prompt the local population to mobilise to protect this treasure,” El Hadj Amadou Bèye, president of SOS Littoral (SOS Coastal), told IRIN.

The organisation, created in 2007, installs all sorts of protective barriers and educates coastal residents “in an effort to block these horse and cart drivers who attack the marine environment”, Bèye said.

The trees (casuarinas equisetifolia) – planted between 1925 and 1949 by the colonial power France along the coast from the capital Dakar to Saint Louis about 270km to the northeast – were meant to protect vegetable gardens near the coast from sanding over and stem coastal erosion.

“These trees have a clear function in the life of the coastal populations and visitors,” said Amadou Baldé, an agricultural engineer who lives along the coast and is a member of SOS Littoral. “But the trees are being wiped out. It’s a discouraging and intolerable situation for us, the inhabitants.”

The tree’s wood – ideal for cooking – is prized by those running Dakar’s shops selling grilled meat, called ‘dibiteries’. The needles are used as fertiliser by vegetable growers and the wood for furniture.