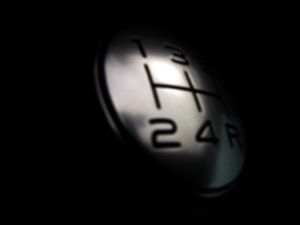 As much as he refuses to admit it Greenbang is not one of the best drivers on the road. Sadly, the dents in his car contradict his belief that he is ‘The Stig’. Reverse parking has caused a large number of said dents and the last time he managed to pull one off was during his driving test – the third one.

Since then he has always driven forwards into parking spaces. But he may have to start practicing those maneuvers again. Reversing into parking spaces could save £100 a year (so about 90 litres of fuel), according to Tim Shallcross, head of technical policy and advice at the Institute of Advanced Motorists.

Mr Shallcross believes that when reversing the heat in a cars engine is the key to using less petrol … and keeping more money in your pocket. He says, when a petrol car’s engine is cold it
uses around 20 to 25 times more petrol in the first few seconds than it does when warm.

Apparently, a five year old car takes about a minute and a half until the engine is warmed up fully. Parking forwards means that you can easily move out of a parking space and gently ease your engine into warming up, unlike reversing.

90 litres does sound an awful lot to Greenbang. This is especially as, in order to save that fuel, it all depends on how you drive the rest of the time. If you reverse your car into a space, but race out when you return then surely the same amount of fuel or even more is being
consumed.

Greenbang also knows that the payouts from car damage will also cost more than £100 in damages if he tries reversing into spaces again. So he’ll be concentrating on several other aspects of driving as per Top Gear’s recommendations instead.