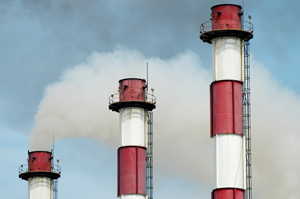 Carbon capture seems to be the green equivalent of Marmite at the moment. And it could soon be set to become green $1 billion dollar green Marmite (Greenbang suggests savouring that , following some new legislation making its way through the US political system.

According to BizJournals, two US Senators have proposed a bill that could see $1 billion of funding devoted to getting carbon capture and up and running.

The Senators seem to have cleverly dodged the frothing-at-the-mouth potential of getting taxpayers to pay for the scheme, instead apparently favouring milking the electricity companies by charging fees on electricity coming from coal, oil and natural gas. Poor loves.

Bizjournals says the money from the $1 billion fund would be spent in the form of grants on “large scale” projects to get carbon capture closer to be a commercially available technology.